No right for digital participation in many regions of the world

By Ute on September 7, 2016in All, Articles, English Articles 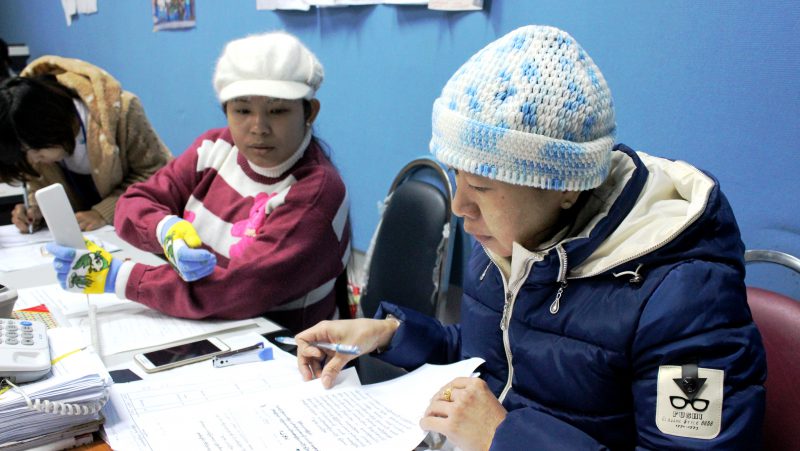 In many regions of the world the freedom of the Internet is just an illusion. Especially in Arab countries, the neighbouring states of Russia and Subsahara-Africa the year 2015 marked the lowest point for democratic participation and civil liberties. This article is part of an online dossier of Heinrich-Böll Foundation “Squeezed – Spaces for Civil Society”.

Isn’t it incongruous? More than two billion people around the world use a mobile phone, and, according to estimates published by the ITU [1], half of the world’s population has internet access. Today, more information than ever before is available, and more people can access it. The internet (along with mobile phones) has made this possible.

Still, the internet is unable to stop a disquieting trend observed by many NGOs active in the field of journalism. In all parts of the world, independent journalists are facing increasing pressures. No matter whether they work in analogue or in digital media, they are struggling with censorship, existential threats, and intimidation. This trend is especially marked in states with autocratic governments such as Egypt, Russia, and Turkey and recently saw a dramatic climax with the arrest of over 40 journalists following the attempted coup in Turkey. The trend is also fuelled by armed conflict[2]. In all countries affected, journalism is a dangerous profession, and users, too, may be persecuted for viewing opposition web sites or for sharing independent or sceptical information via Facebook or Twitter.

One example is 15-year-old Palestinian Tamara Abu Laban from East Jerusalem, who was arrested by police at her family home. Her crime: She had updated her Facebook status with the words “forgive me.” Israeli security forces viewed this as incitement to violence, and she was sentenced to five days of house arrest and also fined. In 2015/16 150 people were arrested for similar offences in Israel and the Palestinian territories occupied by Israel.

Today, we have a global technical infrastructure that makes more sources of information accessible, including in developing and emerging nations where, in 2015, 54 per cent of people had internet access[3]. For the industrialised countries the respective figure is 87 per cent. However, under repressive regimes and during conflicts and wars, these new digital public spaces are routinely surveilled, manipulated, and censored.

The web as driver of development

In many countries the internet has made civil society much more of a public reality than had been the case ten years ago. Civil society is able to push its agenda, and it demands accountability even in places where it has no access to traditional media. Because of its global and multilingual nature the internet offers great opportunities for investigative journalism – as witnessed by the Panama Papers project. Only with the help of the internet is it possible to transfer and analyse huge amounts of data, and its user-generated content provides new sources when reporting about crises and conflicts. The web puts an end to one-sided media communication and facilitates the dialogue between users and producers, resulting in new forms of participation. All in all, this means that the internet has a huge potential to provide better education, more participation, and economic growth. This, however, will only be realised if the legal and political framework exists – as well as the liberty necessary. The lack of such a framework means that the freedoms and opportunities the internet offers may be disrupted or even destroyed by a few algorithms, by filtering, or by propaganda campaigns. Whoever wants to censor and abolish freedom of information will pursue such a policy, never mind whether it is online or in analogue media.

And this is exactly what many state and non-state actors across numerous regions aim to do. Authoritarian regimes with their secret services as well as opposing sides in conflicts also know how to use the internet, and they use the viral spread of information to bolster their political goals and interests. Whether it is the digital jihad propagated by ISIS or Russia’s information war against Ukraine, the amount of partisan and biased information spread by such actors has multiplied enormously. The perpetrator of the Nice terrorist attack was radicalised online, in front of his computer screen, as happens with many Germans who join ISIS. There, in the echo chambers that are social media, they are surrounded by people with identical outlooks, and this is the locus where ISIS’ media strategy reaches its target group with its numerous multimedia and web-specific formats.

The great freedom the web seems to offer is a deception

In many regions the great freedom the internet seems to offer – opening up new spaces and new forms of participation to civil society and journalists alike – is nothing but a delusion. The state of the media, of freedom of expression, and of freedom of information clearly indicates whether a country is free, and this offers us a good scale on which to measure the condition of democracy. A clear downward trend can be observed: The year 2015 marked a new low point for civil liberties and democracy in the Arab countries, for Russia’s neighbours (especially Caucasus, Belarus, Central Asia), and for sub-Saharan Africa.[4]

Wherever the freedom to express dissident opinions and the liberties of civil society are being curtailed for political reasons, the freedom of the internet will also be restricted. The higher the number of people online, the more repressive regimes will try to bar or limit access to information and monitor people’s online activities.

The freedom of the internet is circumscribed by law and politics

Since 1996, Chinese citizens with internet access do have to register with the Ministry of State Security, and, since 1997, all internet providers are controlled by the state. For some years it has been illegal to publish news online without permission of the government. This is part and parcel of China’s restrictive policies towards civil society. According to Freedom House, in Ethiopia, web content is also filtered nationwide and certain websites and types of content are being blocked. The same is true for opposition websites in Myanmar, where, in addition, the owners of internet cafés are obliged to save all accessed web pages every five minutes, in order to make users’ activities trackable. In Kazakhstan the websites of all mayor blog services such as WordPress or Livejournal are blocked, and all content posted by NGOs or opposition parties is being monitored by state agencies. Turkey, too, has toughened censorship, and authorities have the right to block web pages without authorisation by a judge, as witnessed in March 2014, when Twitter was the target. In addition, it is planned to enable the authorities to record everyone’s online activities for the last two years without telling the users concerned.

This, however, does not preclude that Erdogan will use the same social media he polices to promote his own interests. For example, during the night of the attempted coup he called on his supporters via Twitter to take to the streets in protest against the coup leaders. A few hours later he joined a CNN Türk live broadcast for an interview via FaceTime, and although satellite and cable TV had been disrupted, millions of viewers were able to see him online.

The internet will not suspend the rules of the market. In countries where professional media enterprises are unable to sustain themselves, the internet will not be the solution – rather, the problem will get worse as fast-growing, web-based competition will put such outlets under increased pressure. Cases in point are the media markets of Eastern Europe where a high number of outlets compete for very few users[5]. The media companies depend on their owners’ politics, and this relationship affects the contents they offer, often resulting in one-sided, partisan reporting and self-censorship. Thus media fail to fulfil their mission to provide fair and impartial coverage. As a consequence, most people have lost confidence in them.

Digital participation is key to development

In many regions, few people have internet access. In Ethiopia and Uganda, for example, only 4 per cent of the population owns a web-enabled smartphone. In Pakistan the figure is 11 per cent – and thus on a par with Burkina Faso and Tanzania. In Russia 45% of people have internet access – similar to the situation in other emerging nations such as Venezuela and Brazil. As a rule, the rural population in those countries, as well as women and the less educated, have little opportunity to access online information.

There is an immediate interdependency: Wherever the human right to freedom of expression is violated, and wherever it is abrogated by law, arrests, or intimidation, civil society’s scope for action, as well as all forms of diversity and political, social, or economic participation will decrease.

The consequences are grave: The ease of access to information and communication tools has been proven to affect the development of national economies. According to the Worldbank, in a developing country every mobile phone per 100 people will add 0.8 per cent of growth. The human right to freedom of expression and access to information is nothing less than a precondition for exercising one’s fundamental and human rights, and, consequently, it is crucial to the comprehensive development of all people within a society.

For online information to result in greater freedom, more accountability, and increased pluralism users everywhere need certain skills. In many regions of the world media savvy lags far behind the pace of technical progress[7]. Boosting “media and information literacy” means, above all, enabling people to ask the right questions: how to distinguish between opinion pieces and facts? how to grasp and classify media messages? how to find alternative news sources? and how to participate effectively online?

With such a skill set – and despite limitations and manipulation – everybody will be able to use online information as a learning tool, for their personal growth, to build networks, and to become an active member of civil society. Once people are able to distinguish between what is true and what is not true, the promise of the internet will come true – and everyone will have the opportunity to participate digitally!

[1] The International Telecommunication Union, ITU, is a specialised agency of the United Nations. It is responsible for issues to do with information and communication technologies.

[2] Some of the countries most affected are Syria, Libya, Burundi, and Yemen.

[6] “Digital participation” is one of the key strategic aims of the DW Akademie.

This article is part of our dossier “Squeezed – Spaces for Civil Society”.