People are not searching facts – they want to find approvals and emotions. How to combat fake and hate by tools of Media Development 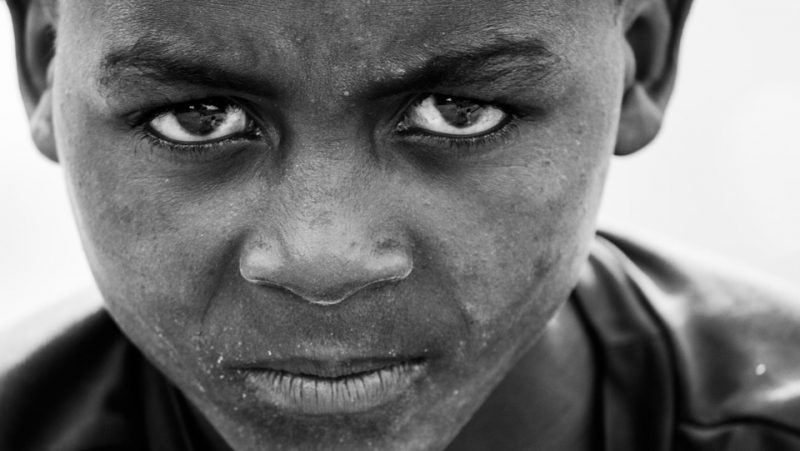 To counter radical messages and disinformation by “counter narratives” alone would not lead to any result. It is not enough to just react, to just correct or just to defend, what is distributed in the radical communities on the web. An appropriate answer by journalists and civil society in the aim to combat violent disinformation and radical messages means more than only reaction or correction: It means to activate our communication, innovate our way of story telling, to know the echochambers and the stories which are told there – and to know which our own narratives and stories are to counter the rumors, hate messages and violent images of radical sources.

This sounds complex? It is. And in many conflict and postconflict regions where DW Academy is working it is a key issue for media development. We also know, that in these regions we have to work with the media users, who are confronted with hate, fake and propaganda daily. We have to work on media literacy to prevent radicalization through digital information. It is a study on myself: For more than one year I research populist and radical social networks and their messages in German social media. And at the end of the day: I have no demand for alternative content or counter arguments!

Why is that? A few assumptions to start with:

Forget to combat fake and hate by creating counter narratives!

Public spaces are segregating and beside the pure radicalization we have to acknowledge that even in established democracies societies are polarized, democratic institutions undermined by non-democratic actors and voices in the web! And the more fragile censored or conflict driven countries, the more vulnerable they are – be it Libya, Syria, Sudan or Nigeria.

For most young people the newsfeed is a prioritized news source. Interpersonal sharing of information makes it more trustful for them. Much more trustful than institutional media content! But: my Facebook newsfeed, like my search engine results are algorithm-driven, as a consequence these are selected information. They do not give the whole information. But only a small part of users is aware of that.

There is a growing abuse of information by non-democratic actors to distribute propaganda. And a very real shrinking of press freedom worldwide! Turkey and Egypt are examples of how quickly countries step back to censorship.

Deutsche Welle Academy works in these conflict regions and societies. We pursue a multi-stakeholder-approach, in the aim to immunize societies against hate and violent messages, to raise conflict sensitivity and a critical understanding of information. What are we doing?

Unfortunately it is not a jungle of disoriented voices – the relevance of echochambers:

There is still a problem with understanding the echochamber effects. I think we are underestimation its relevance: who we are as a society – which values, communication and culture will be ours  this fundamental question will also be shaped in the web! To perceive  the echochambers full of hate, fake, radical messages just as a “jungle of disorientated voices” is more than dangerous! It is where future generations form their attitude. And professional media should not only be aware but should also be interacting with its communities.

We are no longer allowed to avoid difficult issues like social policy, poverty, marginalization of certain groups, corruption. Media must be dialogic, this is essential! We have to be part of the discussion even when it becomes difficult. To achieve that , we have to know what is discussed and what the radical narratives sounds like.

Do not fear new competitors – but fight against the loss in trust!

What makes radical and populist communication so effective, why are they more efficient in Agenda Setting than traditional parties or media? It is direct, it is personal, it is peer-to-peer- communication between same age people, it is community-driven, it is activating by distributing the message: just join us in this battle ! You could contribute!

This is – unfortunately – a more attractive story telling than many professional media offer. And we as Deutsche Welle Academy are working with journalists and media to establish an alternative and attractive way of interaction and storytelling on social media. There is a crisis in trust to traditional media. Only 6 % of Americans trust their media, in Germans the general trust is still much higher with 50 %. And yes, there are new competitors sharing emotional and activating stories. We should compete be innovating our way of telling stories.

The emotional way of storytelling that is – and media researches prove that – more convincing. It is evident by media usage research: people neither look for alternative opinions, nor for facts. They are looking for same opinions – which is one of the main reasons why the radical echochambers in the web are so successful.

What we also know: the Internet creates more opportunities to become radicalized. The internet accelerates the process of radicalization; the internet allows radicalization without physical content. And the internet increases opportunities for self-radicalization, because it offers many echo chambers where radical people find their ideas supported and echoed by other like-minded individuals. How do we deal with that? Could we fight back hate speech and violence?

I am not convinced that we could “fight back” – this is reactive, defensive. And in most individual cases it will come too late. We have to acknowledge that only certain parts of the population listen to us, and for sure not the radicalized people. An ISIS-infiltrated young french or german will not read the Frankfurter Allgemeine Zeitung or watch France2 for getting information about his “friends” or the situation in Syria. There is huge media business run by ISIS to recruit and promote their warfare. It is diverse, adventourious and inviting.

Media in those regions must provide clarification , exposing hate, deceit , abuse, stereotypes, advancing counter values by sharing experiences and uniting communities, give people the possibility to participate and make their word heard. Give them an active role. Deutsche Welle Academy is working in the refugees camp in Shatila and trains citizens journalists to tell their own stories, which weren’t told before. Or with rural communities in Myanmar confronted with ethnical stereotypes or violence.

In this context, well made journalism could create concrete added value to target audiences, vulnerable to radicalization. It could create public space for opinion and discussion, it could put issues of the target audiences on the agenda. It should be attentive and accurate when it comes to radical stereotypes and prejudices. And of course, it should reveal and research the systematics of hate speech and radical messages, should explain and fact-check what their key messages are and it these are fake or fact. All this is right. It is a professional duty. But it’s not enough!

Media Literacy is key in combating Hate, Fake and Desinformation

Combating hate and fake is one of the main activities of DW Academy and we prefer to offer early, preventive multi-stakeholder approaches. Our strategic aim in many of the conflict or post conflict regions is to enhance Media Literacy: we want the media users to know how reliable, how neutral, how professional the information is, they are using.

Media literacy starts from the question: how should we use media – but it leads to a far more interesting and activating level: we want users and audiences to play an active part in the communication. We encourage them to produce their own stories. Who could better tell it than themselves? We know from our practical experience that media and information literacy is key if we want to prevent future generations from radicalization in target regions, if we want to make them immune against hate and radicalism, against xenophobia and terror recruitment. This is a good reason, why we are working in six very different countries on Media Literacy: Moldova, Cambodia, Palestinian. Territories, Namibia, Kenya, Burundi – and in the near future in Nigeria. And each of this projects, is different from the other – by good reasons. If you want to know more about that, visit the Website of DW Academy: http://www.dw.com/en/dw-akademie/media-development/s-12120

Media development as a lever for social, economic and democratic development

We also know, that the best successes in combating hate and fake and in raising Media Literacy are reached if we could work on a professional, educational (university, schools) and political level. When these stakeholders in education, politics and civil society work hand in hand on media and information literacy – if they make it a priority and share it as a priority – that makes it easier to combat disinformation, the spread of fake and hate.

To make it short:

We work with media + journalists

With the media users

And wherever possible with political decision makers

What does the multi-stakeholder-approach mean concretely in our media development work? It includes for example the work on political surrounding conditions – through guidance from government offices and NGOs. But it also means advising media and journalists with the development of new business models, so that they stay or become economically independent. We support professional interest groups between journalists, to more clearly represent and protect their interest in the dialogue with political decision makers.

We count on different partners and project execution organisations – and we know: It takes a long breath if we want to be measurable and sustainable.